No Such Thing As A Student Who Doesn’t Get Math

It’s no longer new that a large number of families in Lagos today are considering home schooling for their children, either for one reason or the other. Before taking that route here are a number of things to note for your own benefit and that of the kids in question.
Home schooling has become the education of choice for an increasing number of families. Parents can help make their school a successful one by taking a few steps early in the home schooling process. First, they should consider their own academic strengths and weaknesses and decide what they feel well – equipped to teach. It’s also beneficial to gain perspective of the time requirement for planning successful daily lessons and activities. Secondly, parents should seek knowledgeable, qualified adults to help them with subjects they feel less – equipped to teach. This will ensure that their students get the best education possible.Parents can help their students be successful by considering student’s individual learning styles, too. This ensures that there’s a wide variety of activities that will help all students learn. Finally, consideration should be given to each student’s long – term academic goals. Find out the skills and knowledge – as well as standardized test scores – your students will need to reach their goals.
Posted by Unknown at 12:36 PM 5 comments: 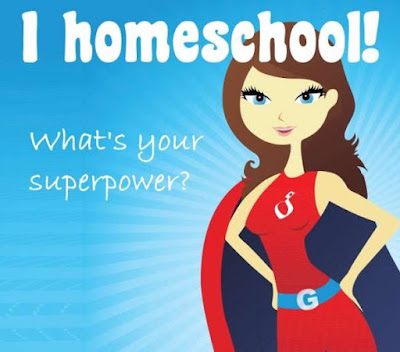 Learn how to schedule your homeschool in a way that suits your unique style and brings out the best in your family. Transform your children and get them to love learning through inspiring activities and interesting ideas.

Whether you use a structured curriculum, or are unschooling, the right ideas and resources can spark amazing learning opportunities. Inspire your kids with these exciting educational activities.

You get a real sense of pleasure from scheduling your homeschool in a way that highlights your strengths. Learn how here.

Using worksheets to pass the time and look busy? Not any more! These printables will really engage your homeschoolers.

Is your curriculum working for you? Do you even need to use one at all? All the information you need to decide.

The idea of Homeschooling

The idea of homeschooling is not one that is common, especially in Nigeria. Also known as home education, homeschooling is a scheme of educating children within the home, as opposed to formal education in public or private schools. In this setting, the children are taught by parents or tutors.
Reasons parents opt for homeschooling vary, ranging from wanting to shield kids from unhealthy relationships, peer pressure, to dissatisfaction with conventional education curriculum or health related issues. Though it has received lots of criticisms, properly planned homeschooling is a worthwhile idea. In fact, most home school persons do very well as opposed to preconceived notions against the idea.
To get the best out of homeschooling, you will need to plan effectively, having in mind the reason for choosing this method above the other. The platform allows you to choose what to educate your child on, and when and how to educate your child. Because the child would have to interact with the society at some point, it is advisable to add your own courses the basic curriculum so that the child would pick up in case you decide to change your mind at some point. Homeschoolers have better advantages at learning depending on how well to do and disciplined the parents are. They have time to read more books and engage in other activities because their tutors are given to details and are patient. Parents can also engage tutors in other areas such as sports.
Developmental years of children are important. Through homeschooling, children are exposed to interacting with adults at an early age, helping to build their assertiveness. Being assertive is something that is not usually incorporated in formal settings where pupils are exposed to bullying from classmates and harsh treatments from some teachers. Children from two to ten (nursery to primary classes) fall within these formative years and any parent with basic education and not engaged in jobs outside the home can effectively school their kids at home if they want to. Running a homeschool on the nursery and primary level is cost effective since a parent or tutor can handle most of the courses. However, this might not be so for secondary schools because each course requires a particular teacher specializing in that field, and this can be too costly to afford.
Contrary to arguments that homeschoolers are not equipped to interact socially, schools are not the only avenues for social gathering. Homeschooled children can mix up with others in churches and extramural clubs. The latter can include sports, readers, dance, music, language, science or craft clubs for kids- a rarity for kids in conventional schools.
However, if the need should arise, homeschoolers might be faced with issues of presenting certification for further education in the formal sector or when applying for job opportunities. In this case, parents can register their homeschool just as any private school would. This would make it possible for them to legally give certifications after school.
This whole idea and why one would support or oppose it takes us back to who set the rules for formal schooling. Traditionally, the system of education in Nigeria and most African countries before the colonial times involved the community at large. Education was centered on ceremonies, rituals, games, festivals, dancing, singing, home-keeping and craft-making and children were taught in groups, and boys and girls were taught separately, preparing each sex for adult roles.

Nnenna Okeke
Posted by Unknown at 11:51 AM 7 comments:

Homeschooling Tips You Can Use With Your Kids 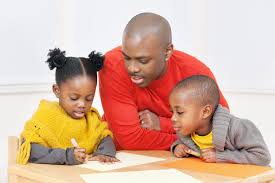 
HOME schooling or home education involves a child being tutored in the home by either of the parents or a tutor. Unlike what obtains in the Western world, where some parents prefer to train their children in a bid to instil the right values, as well as ensure that the child is academically sound to take up task as s/he grows up.

By Ijeoma Opara
Posted by Unknown at 10:03 AM No comments:

Reasons and Motivations for Home Educating

· customize or individualize the curriculum and learning environment for each child,
· accomplish more academically than in schools,
· use pedagogical approaches other than those typical in institutional schools,
· enhance family relationships between children and parents and among siblings,
· provide guided and reasoned social interactions with youthful peers and adults,
· provide a safer environment for children and youth, because of physical violence, drugs and alcohol, psychological abuse, racism, and improper and unhealthy sexuality associated with institutional schools, and
· teach and impart a particular set of values, beliefs, and worldview to children and youth.

Homeschooling – that is, parent-led home-based education; home education – is an age-old traditional educational practice that a decade...